Derrick Martin traded to the Packers 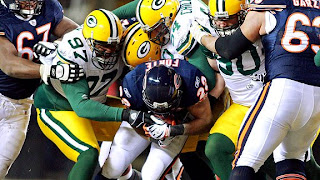 Derrick Martin is a fresh strong safety for the Green Bay Packers. Coming onto the Packers from the Baltimore Ravens in September of 2009, Derrick Martin is ready to show the cheese head fans he has what it takes to make a difference on the team.

As a college football player at the , Derrick Martin proved to be an outstanding player. Upon graduation, Martin was picked in the sixth round of the 2006 NFL Draft by the Baltimore Ravens, where he spent the next three years improving his football skills.

Derrick Martin was the first player from the to be selected by the Baltimore Ravens. Martin was given the nod eight times to play in an NFL game during the course of his rookie season, where he was able to make four tackles. Only a season later, he turned four into thirty-two and continues to improve every year. There is no telling how far Derrick Martin will go!