Scott Wells fighting for his spot 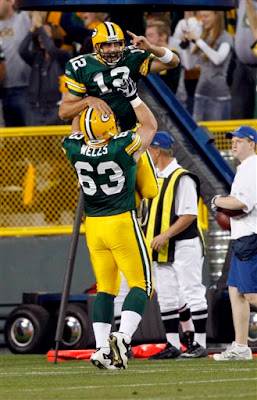 Scott Wells has been with the Green Bay Packers since he was signed in the 2004 NFL Draft off his football team. At , Wells captured the third longest streak in college football history for most consecutive starts. Wells was a three year team captain and earned second-team All-Southeastern Conference honors as a senior.

Once with the Packers, Scott Wells blew them out of the water with his amazing talents at the offensive position. With an outstanding technique and an unparalleled strength, Scott Wells has fit right in on the Packers football team. This season, Wells is expected to be neck and neck for the starting center position with Jason Spitz. That will not be a competition to miss out on, because they both will doing whatever it takes on the field to prove they deserve the spot.

Scott Wells is also very involved in the community and constantly participates with societies, such as the American Red Cross, the Autism Society and the Salvation Army’s Adopt-a-Family program.
Posted by Hot for The Pack at 4:32 PM