Matt Flynn by the numbers

FoUr: number of games he played in high school with a broken foot in order to lead his team to a state semi-final appearance

1967-1969: the years his father played quarterback for Baylor 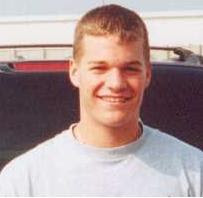 1: warm smile for all to enjoy!

209: the draft number at which Matt Flynn was picked (7th round)

sEvEnTy-SeVeN-pOiNt-FoUr: his QB ranking in the NFL after the 2009-2010 season

225: weight in pounds of our friend, Matt Flynn

At 25 years old, Matt Flynn has already spent three seasons in the NFL with the Green Bay Packers. He hasn't seen tons of playing time, but has held his own when summoned. Remember back in 2008 when he was one of only six NFL rookie qbs to throw a pass? And how about how solid he was at holding the ball in the last 4 games of the season for field goals and extra points?

In my book, that makes Matt Flynn number 1! Or, at least, the folks who created this fake magazine cover think so... 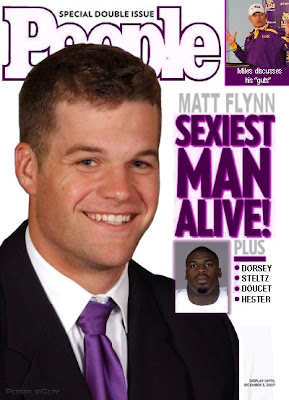