Morgan Burnett's hair is rad. This new Green Bay Packers recruit out of Georgia Tech boasts a carefully crafted shoulder-length 'do that looks healthy and rich. I'm in love! Now, he isn't alone in having such lovely locks. Here are some other long-haired NFL stars from the past. 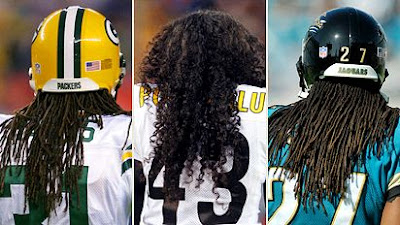 Keep in mind, though, that Morgan Burnett doesn't even need his hair to get him noticed coming into the Green Bay Packers 2010 season. As a Georgia Tech player, he started 28 of 40 games. During his senior year, he was one of three captains and earned a spot on the All-Atlantic Coast Conference second-team. After graduating with a management major in spring 2010, Morgan Burnett was quickly snapped up by the Green Bay Packers and has a chance to start with a bang this season. 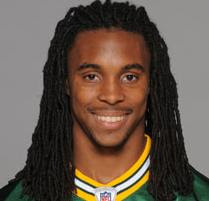 Can't wait to see him and his fine hair on the field!
Posted by Hot for The Pack at 8:05 AM