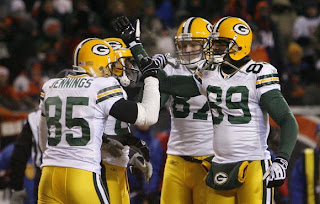 Patrick Williams is a Texas native with a deep adoration for football, which has carried him through college at Colorado and into the big leagues. Williams was signed as an undrafted free agent in 2009 as a wide receiver for the Green Bay Packers.

Before joining the Packer troops, Patrick Williams was a four-year letter winner at Colorado and appeared in 50 games during his college football career. Within those 50 games, Williams started 20 of them and was voted a team captain for his senior season in 2008. Patrick Williams graduated Colorado tied for eighth all-time in school history against a current Denver Broncos football player. Williams best season was his senior year, where he broke his career highs in catches, yards and touchdowns. Patrick was granted a medical redshirt during his first season at Colorado after breaking bones in both hands in the second game of the season.

After being signed to the Green Bay Packers in 2009, Patrick Williams was reverted to the injured reserve before being let go in August. The Packers re-signed Williams to their practice squad a month later and was promoted to the active roster in December.