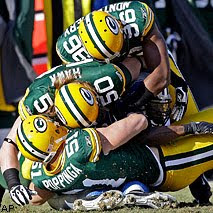 Khalil Jones is a safety for the Green Bay Packers. Since the beginning, Jones has had adoration for the game of football that has shown through. As a high school football player in south , Khalil Jones was a two-year starter where he was rated the No. 19 prospect on the Miami Herald’s Miami Dade Top 25.

Choosing to continue playing football was important to Jones, who eventually settled on over multiple schools vying for his outstanding football abilities. Over his four years at , Jones went from playing on the scout team as a redshirted player to earning the Humanitarian Award at the MPC Computers Bowl in 2006.