I, like many, was very interested in seeing if Nick Collins had a girlfriend or not. I have some sad news ladies, he does. He has a wife and three kids to be exact and it really is a said day for all Packer groupies. I for one think that Nick Collins is the sexiest player on the defense. Let's take a look at his wife though and judge her critically. 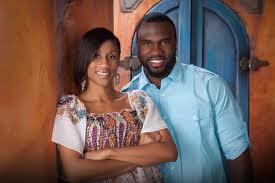 Hey, I give credit when credit is due and credit is due my friend. Unreal catch by Nick Collins. I don't even feel bad she looks like a genuinely nice person who Collins didn't just marry for looks. She looks like a real person and not some trashy bimbo that most other players marry. Well played Nick.
Posted by Hot for The Pack at 2:58 PM