Donald Driver is Still on this Team 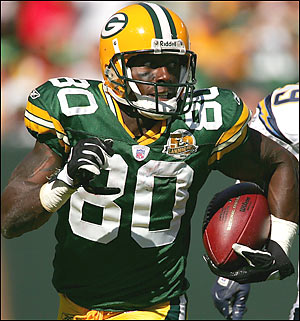 That's right folks. Donald Driver is still a member of this team. Just so we can wrap your minds around how old he is and how long he has been on the team, I'm going to tell you what was happening in 1999 when Donald Driver was drafted by the Green Bay Packers in the 7th round of the 1999 NFL Draft. I was going to do 80 things about 1999 in honor of Driver but I truly don't want to do that.

1. The world was preparing to have a global millennium party.

2. There was an email virus called Melissa that destroyed nearly 1 million computers and caused 80 million dollars in damage.

4. Myspace became a part of the internet

6. People were beginning to worry about Y2k

7. Friends was the most popular show on tv.

8. The first Matrix was in theaters.