If you're looking for a good read this summer, Green Bay Packers cornerback Pat Lee can point you in the right direction: The Coldest Winter Ever by Sister Souljah. The book revolves around the action of Winter, a female teenage protagonist, who endures a difficult upbringing, broken family, and faces homicide and drug use in her neighborhood. 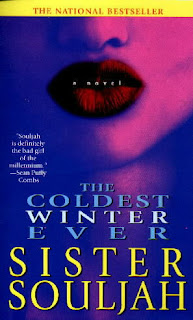 Though Winter's life is much more challenging than Pat Lee's, it's pretty clear that the novel's title was fitting for his first season with the Green Bay Packers! Born and raised in Miami, Florida, Pat Lee played for Auburn's football squad and was at home in the sultry climes of Alabama. Yet in 2008, Pat Lee was drafted to the Green Bay Packers and was whisked away to the frozen tundra of east-central Wisconsin. No wonder his knee gave out in December of that year--it snapped like an ice-encrusted twig unused to the subzero temps at Lambeau Field! 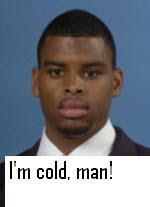 Fortunately, Pat Lee has acclimated his body over the years though he maintains a home in Miami for those brutal Wisconsin Januarys. You can see him in his arctic glory this season. Hopefully he stays hot this season with the Green Bay Packers!
Posted by Hot for The Pack at 10:47 AM